The People of Ross

In its long history, many people left their mark on the Town of Ross. Read about...
Founding Families     Early Families     Architects     Attorneys

When Ross was incorporated in 1908, five trustees were elected. Learn more about them and their families here. 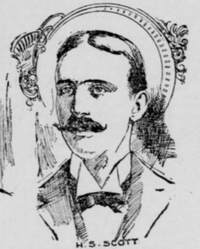 Harry was born in 1873 and moved to the Bay Area where he worked as Assistant Chief Wharfinger at the Port of San Francisco. In 1899, he married Edna Lowell of Berkeley, where they first resided. After the turn of the century, they moved to Ross, eventually settling in a house on Fernhill. He continued his work while serving as Mayor and became President of the General Steamship Corporation when it was formed in 1920. He died in 1956 at age 83. We are honored that his grandson still volunteers for RHS/Moya.

Allen was part of the large Kittle family, living for many years on the Sunnyside estate, now the grounds of the Marin Art & Garden Center. He actively served the Town of Ross for many years. Tragically, he died in 1931 after eating poisonous mushrooms. 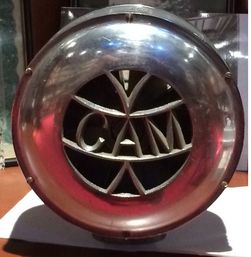 Born in California in 1868, he lived for many years on Redwood Drive with his extended family. He worked in the Stationery business, first partnered with William J. Power as Brown & Power in San Francisco and later in sales for Payot, Stratford and Kerr.

In addition to the five trustees, many others and their families called Ross home.

Reuben Brooks Hale did much to help a growing San Francisco and he and his wife raised two children in Ross. From running a major department store to a leadership role in the Panama Pacific Exposition, read about him and his family in The Hales in Ross

The Waymans lived for many years in Ross and contributed much to the Town and local causes. Learn more about them in Remembering the Waymans .

In 1920, Maude and Walker Coleman Graves purchased a large home on Bridge Road in Ross, establishing a long-time residence and legacy in Ross.

Two architects started to work in Ross before the turn of the 20th Century. They would work for decades in Ross, Marin County and the entire Bay Area. Read the Story of Howard and White to learn more about these partners and their work.

Bugbee was known for much of his work in San Francisco, but he was also busy in early 1890s Ross. Credits include houses for the Berry, Griffith and Barber families.

The famed Bernard Maybeck is often rumored to be the designer of a number of houses in  the Bay Area and Ross can claim Gray Oaks from 1906 as one of them. Still on Winding Way, it has been restored over the years and was featured in Marin Magazine in 2017 in an article by Mark Anthony Wilson.

A prominent designer in the mid-century modern movement, Dailey worked on a few projects in Ross. From The Studio building at the Marin Art and Garden Center to his masterpiece Ets-Hokin house and even the former residence of our own Jose Moya del Pino, his footprint is small, but significant.
For an excellent review of his long career, read Dave Weinstein's insightful article on SFGate.

In addition to Dailey, several others contributed to the development of the Marin Art and Garden Center. Read about some of these early designers in
A History of Architects and Their Work at MAGC
The Work of Paul and Katy Steinmetz
A Lasting Addition: The Work of Cliff Hanssen
The Mysterious Obelisk in Ross

Here are just a few notable attorneys that called Ross home.
E.J. McCutchen was the son of two members of the Donner Party, Big Bill and Amanda McCutchen. He went on to found a prominent San Francisco  law firm with many notable partners over the years. He lived for a time in Ross and was also father-in-law to founding Ross Trustee E.G. Schmiedell.
A. Crawford Greene received his BA from Yale and attended Harvard Law. He also came West to tutor William Kent's children during the summers. Before finishing law school, he was convinced to start his career by E.J. McCutcheon and joined his firm, passing the Bar here. He was a notable attorney for many years and also served many causes educational, charitable and political. He also donated the land near Phoenix Lake, our Natalie Coffin Greene Park, named for his wife of 54 years.
A.F. Morrison founded another famous law firm, Morrison and Foerster. He and his wife, May Treat Morrison, had a house on Laurel Grove. Both the Morrison Library at UC Berkeley and the Morrison Planetarium in Golden Gate Park were named for him.
J.N.E. Wilson was a bit of a rogue, and that is as nice as we can be about it. We'll tell his sordid story someday.
Vincent Halinan lived in Ross for several years and his sons attended school here. Many still vividly remember them and their time here. Learn about his career in his NY Times obituary.

OUr members and trustees

We have been honored to have many wonderful people serve our organization over the years.
Carla Ehat was our long-time historian, dedicated to the history of Ross and Marin County. She inspired many and contributed much with her work on archiving history and collecting oral histories.

Anne T. Kent, our first Moya Librarian, was the driving force in our early years, also playing a primary role in the wonderful oral history collection in Ross and at the California Room at the Civic Center Library.