While specific borders are not always clear, there are a number of distinct neighborhoods in town, each with a unique character and history. Details on many can be found in our book, Ross, California: The People, the Places, the History. Read on for more about  some of them here. We will add more on a regular basis.

Note that the images below come from an early 20th Century property map courtesy of long-time supporter Roy Farrington Jones, a Ross legend in his own right.

The Bosqui and Cole Tracts 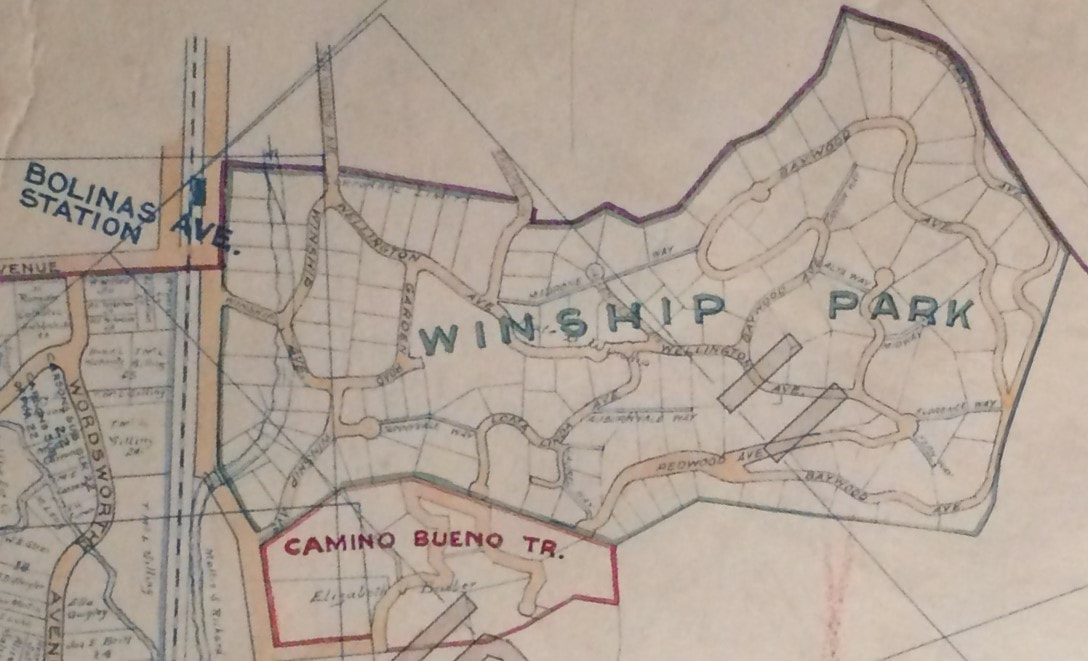 After the death of James Ross, one of the first to purchase a large portion of land were William and Elizabeth Barber. They built a home here in 1866 where they raised their two daughters, Alice Jackson Barber and Mary Dunkin Barber. When the house burned down in 1896, they built a new house, today's 1 Garden Road, attributed to noted architect Maxwell Bugbee. Many renovations later, the exterior looks much as it did from the beginning. The neighborhood is named after Emory and Kate Winship, who bought the house and 60 surrounding acres after summering there and lived in Ross from 1905 to 1912. They then sold to George Webber, who transferred his interest to the Century Investment Company, and development proceeded. With the Bolinas Avenue train station nearby, marketing to City residents and others made the location attractive. By August 1914, twelve new homes were in place. One of them, 16 Garden Road was a craftsman built for J.J. Robertson. The 1920s saw many homes built in the Eclectic style with much use of the Tudor, Spanish and English Cottage styles.

Next to Winship Park is the smaller tract of Camino Bueno, another part of the Barber lands. Subdivided in 1911, it was offered to the Town of Ross, but not accepted by the trustees. Nine parcels, ascending the hillside, were created along Camino Bueno. Today you can still see the old Gray House, another Bugbee production, just off Sir Francis Drake at 73 Winship. While the house is within the Camino Bueno tract, it probably fits more into Winship Park, underscoring the lack of clear boundaries in Ross. 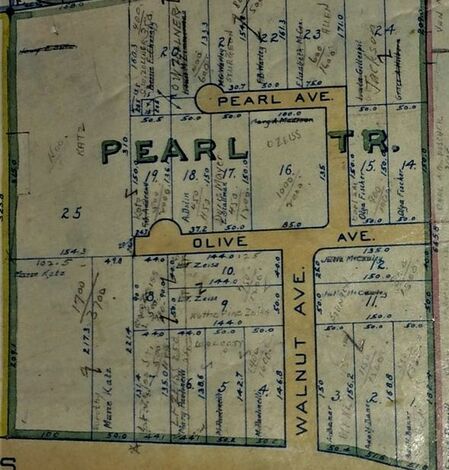 These subdivisions along the north side of Lagunitas Road were created in 1902. The Pearl tract included lots on Walnut, Olive and Pearl while the Ross-Lagunitas included those on North, East, West and Hill. These were smaller than others in Ross at the time, marketed to the middle class buyer.
Some local residents with large estates bought several lots with no intention to build and many who did build used the homes for the summer. The 1906 earthquake and fire inspired many to convert these to year-round residences.
Interesting houses include the Fischer house at 190 Lagunitas Road and one of Ray Olson's Timbrick homes at 1 North Road. Many locals still remember growing up in the neighborhood, including the time that Lagunitas Road became a set for the original Godfather film. 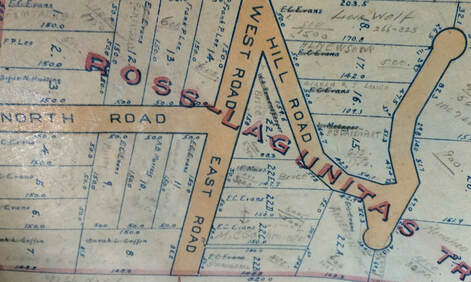 In 1951, the Town Council was reviewing the proposed creation of a new subdivision, Sylvan Acres. Seven lots were proposed along the old railroad grade between Lagunitas Road and Bolinas Avenue. We know it today as the area along Sylvan Lane. The 20,000 square foot parcels were expected to sell for between six and seven thousand dollars. It was further reported that this same stretch had been considered for a highway through Ross, but the Town blocked this by purchasing the old railroad grade across from Ross Common. This would also explain the lack of a bike path here so common on the old rail path in much of Ross and Marin today. This wasn’t the first change in the neighborhood. Check out our early Ross parcel map, when the railroad was here, Shady was called Wordsworth and Drake was Red Hill-Ross Landing Road. 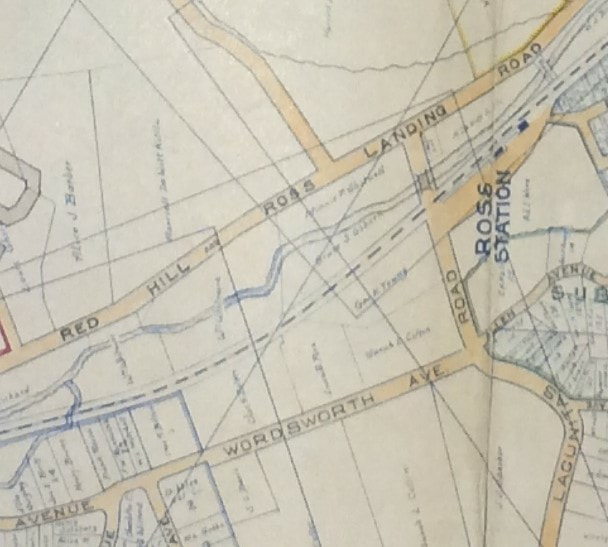